Electronic police and traffic security checkpoint systems, as one of the advanced "technology-based police" methods, have increasingly played their important role, especially in regulating road traffic and cracking down on public security.

In a city or town, intersections are usually the busiest places where traffic accidents occur frequently. To deal with this issue, governments are increasingly installing various monitoring systems at intersections so as to effectively reduce accidents and at the same time to strengthen road safety. Intersection monitoring systems including the use of PoE IP surveillance cameras, traffic flow sensors and traffic controllers, are able to record traffic images, count the number of passing cars and record car speed or to be reviewed for accident footage. However, these end devices are incapable of Ethernet transmissions. Therefore, they need to be used with PoE-supported Ethernet Switches so that a secure intersection monitoring solution can be built up. When choosing the right intersection monitoring devices, there are several challenges that need to be considered. 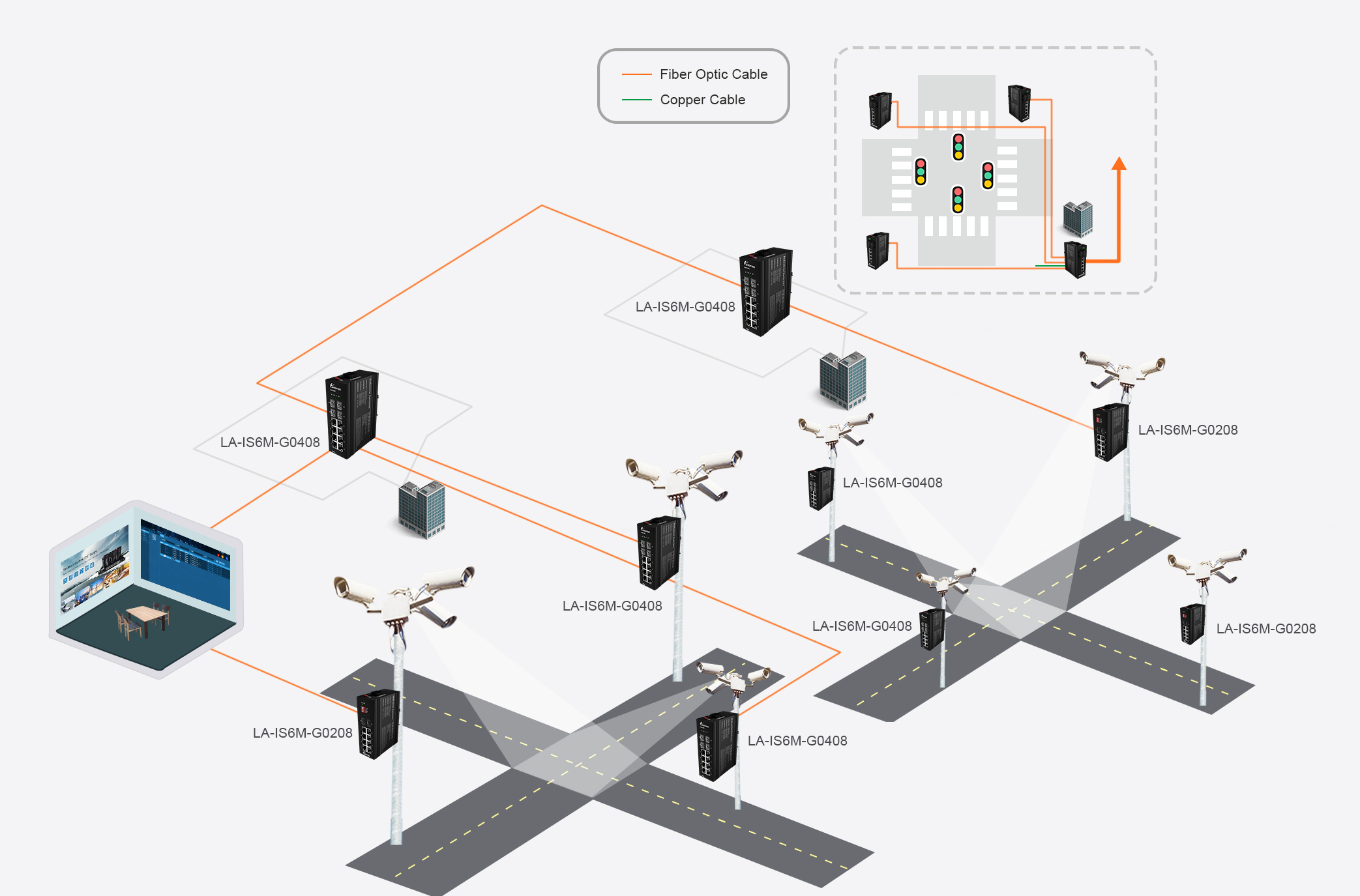 Get Details by Web Inquiry